Adelaide Casino will be transformed into a world-class integrated entertainment destination under an agreement with the Government of South Australia, announced today. Mr Stephens says that after careful consideration, SKYCITY has decided to increase the number of hotel rooms in the proposed development from 89 to 123, adding an additional floor to the plans for the expanded building, which will be the most luxurious hotel in Adelaide.

“I’m delighted SKYCITY will play a major role in what will be an amazing rejuvenation of the Riverbank Precinct,’’ Mr Stephens says.

“We believe there is demand for more quality hotel rooms in Adelaide from both domestic and international visitors. This provides a better-balanced product while also helping South Australia realise its full potential as a premium tourist destination,’’ Mr Stephens says.

SKYCITY has also allocated funds within the budget to remodel the existing Adelaide Casino building in the historic Railway Station to match the high standards the new development will set, while protecting its special character which will remain intact.

“I’m delighted SKYCITY will play a major role in what will be an amazing rejuvenation of the Riverbank Precinct, while also creating jobs and economic growth for South Australia,’’ Mr Stephens says.

Premier of South Australia, Jay Weatherill, is pleased to see the project moving forward. “This re-development, and the wider development across the Riverbank Precinct is a welcome investment in the state. We look forward to offering both locals and tourists the opportunity to enjoy a world class entertainment precinct.” Adelaide Casino General Manager Luke Walker says he’s very excited by the opportunities the expansion will provide. “This development will transform Adelaide Casino into a truly integrated entertainment precinct for international, interstate and local visitors, as well as creating 800 jobs when complete and up to 1000 jobs during construction.

“I’m delighted Adelaide Casino will be joining the redevelopment of the Festival Plaza, which alongside the Adelaide Oval, the new Convention Centre, the upgraded Festival Centre, and the rest of the Riverbank Precinct will create a stunning entertainment space in the heart of the city.’’

The expanded development includes a boutique, all-suite hotel, new signature restaurants and bars, including a rooftop bar, and function spaces for up to 750 people for banquets and events.

“We’ve taken a fresh look at both our existing building and the design for the expansion. We’ve redesigned interiors, revitalised social, entertainment, and gaming spaces, and relocated restaurants and bars,’’ Mr Walker says. 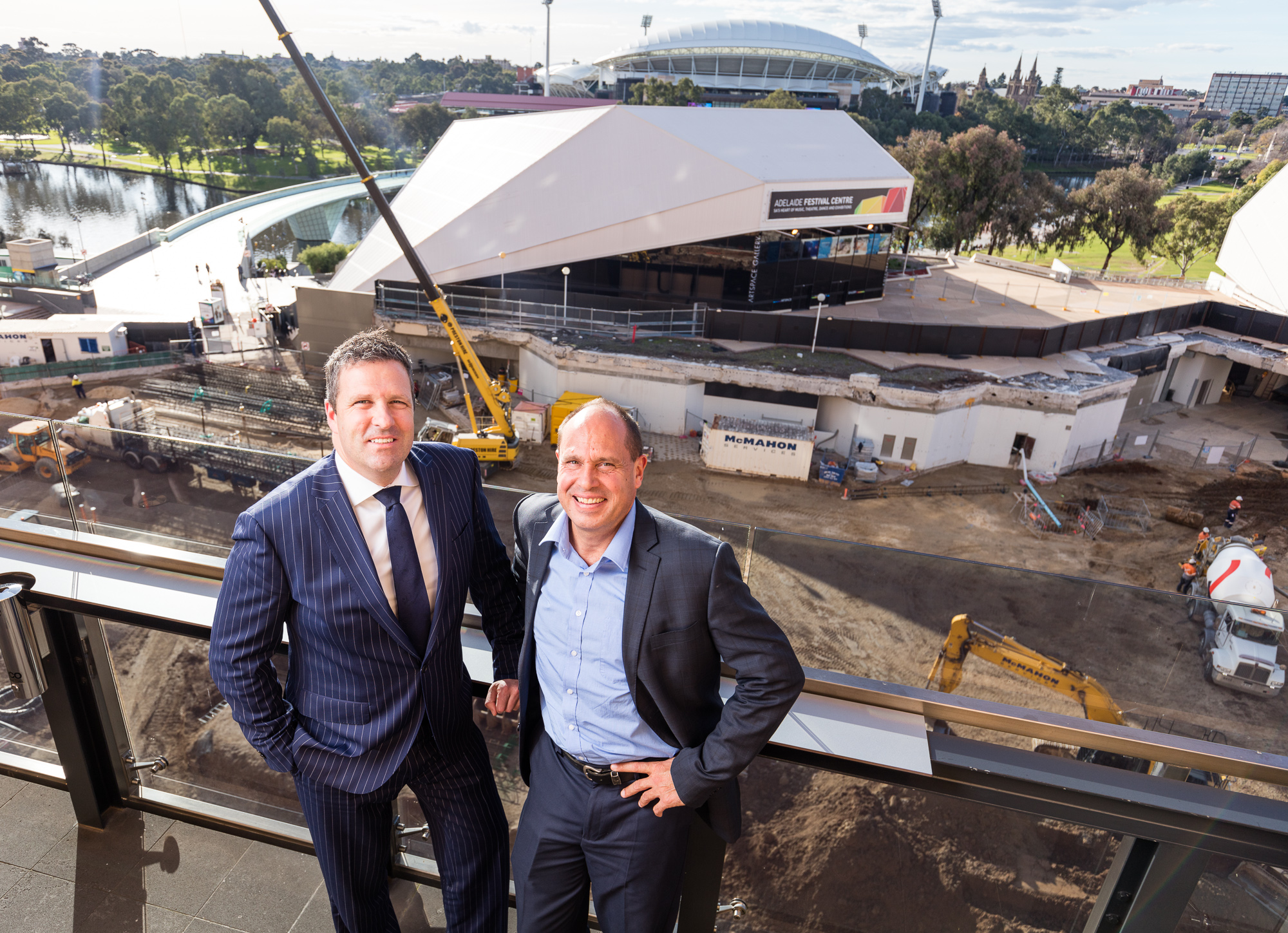 Early works on the site of Riverbank Precinct are underway to prepare the area for the developments, which include a retail precinct, office space, open public spaces for all age groups and car parking. SKYCITY has an agreement with developer Walker Corporation to lease 750 car spaces.

Construction on the expansion of Adelaide Casino will begin in early 2018, following the completion of the early works. The redeveloped casino and hotel complex is expected to be completed by third quarter 2020.