It was a bright start to Christmas for one lucky Kiwi kid who was given the honour of lighting Auckland’s tallest ‘Christmas Tree’ - the Sky Tower, last night. 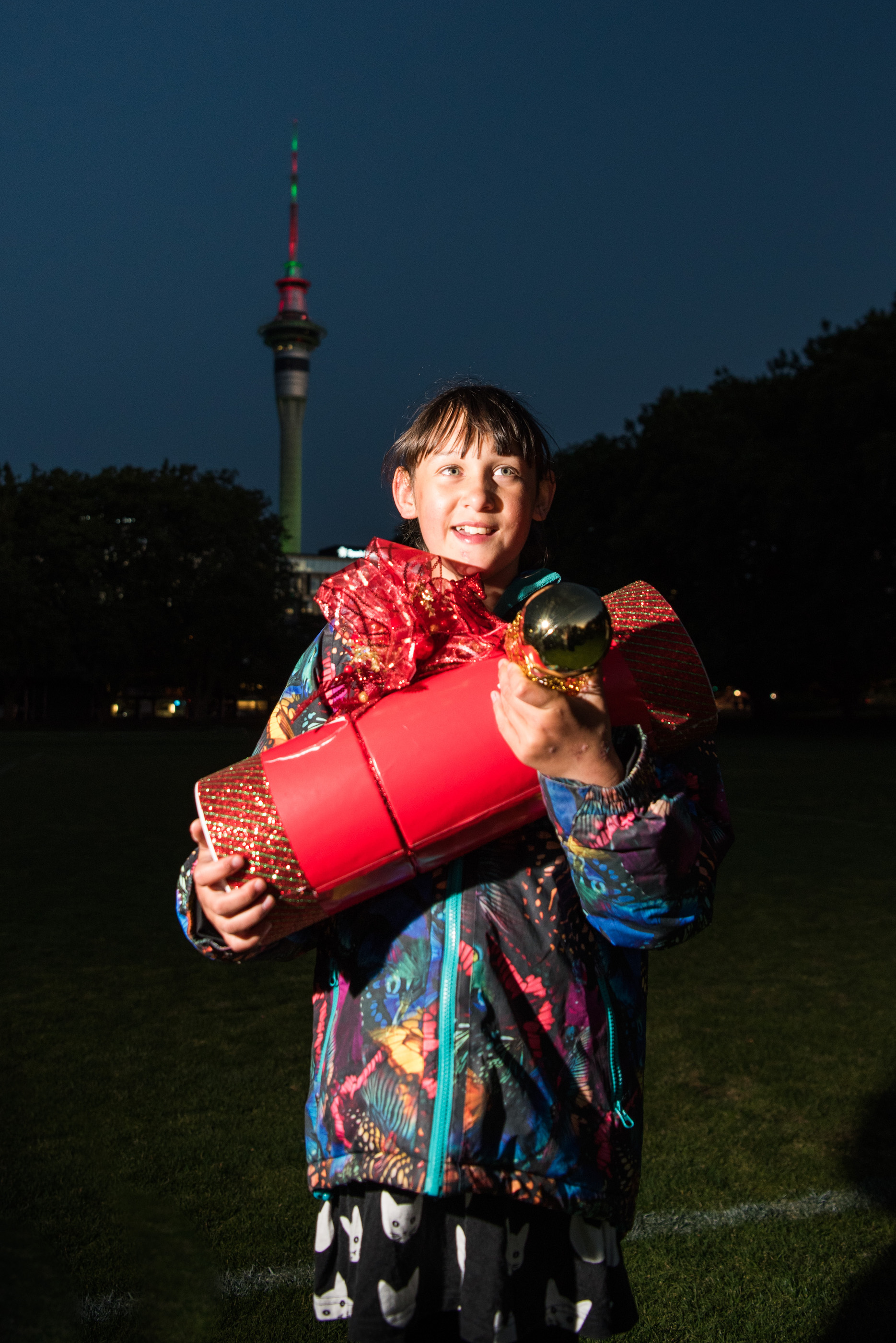 Shaniqua, aged 10 (left), faces more challenges than any child should. She has global development delay, a condition that has left her with multiple disabilities from birth, including restricted movement and speech.

This Christmas, SKYCITY Auckland and Variety - the Children’s Charity joined forces to show Shaniqua that she can do anything – even light the Sky Tower.

Surrounded by her family in Auckland’s Victoria Park, Shaniqua followed the countdown and, focussed on her task, pressed as hard as she could on the button on a special Christmas cracker to light the Sky Tower. When she turned around, she realised the lights were on and she ran, screaming in excitement towards the Sky Tower.

“A few houses in our home town put Christmas lights up, so for Shaniqua this is something so much bigger. The Sky Tower is the biggest Christmas decoration in New Zealand, and she got to light it!,” says grandmother Angel.

SKYCITY Auckland Acting General Manager, Matt Ballesty, says: “For many people, the lighting of the Sky Tower is a symbol of love, hope and often of celebration, and as a result we are delighted to have shared this special Christmas moment with Shaniqua and her family.”

Shaniqua lives with her grandparents and the family travelled all the way from Raetihi in the central North Island to Auckland for the occasion. SKYCITY Auckland also organised another special Christmas gift for the family – being hosted for the night at SKYCITY Hotel, enjoying breakfast and dinner at SKYCITY Auckland, and having the chance to check out the best views of Auckland from the Sky Tower.

Variety CEO, Lorraine Taylor says: “We know that Christmas is a tough time of year for many families on our Kiwi Kid Sponsorship programme, so to finish 2016 off in such a remarkable way is a wonderful experience for this family.”

Shaniqua is sponsored through the Variety Kiwi Kid Sponsorship programme, which ensures she has the basic essentials like clothing, bedding and the special gear she needs to join in on summer swimming lessons. She was also recently gifted a specialised trike that will help with her coordination and balance, and will most importantly allow Shaniqua to ride to school with her friends – another thing she never thought she’d be able to do.

SKYCITY Auckland has been supporting Variety - the Children’s Charity since 2005, including weekly SKYCITY Variety Bingo since 2008 and the annual Variety of Chefs charity event since 2012.