SKYCITY Auckland was named ‘Auckland Youth Employer of the Year’ at the 2016 ‘Young at Heart’ Awards last night.

The Young At Heart Awards recognise the commitment of businesses that have signed up to Auckland’s Youth Employer Pledge, and are actively employing and developing career pathways for 15-24 year old Aucklanders.

As one of the city’s largest employers, SKYCITY Auckland was recognised for its commitment to helping the region’s young people into jobs and training.

“Almost a third of our 3,000 employees are young people and we strongly believe that the youth of today are our talent of tomorrow.

“It’s important to nurture young people not just by employing them, but by giving them access to education, training programmes and mentoring for the industry,” she says. 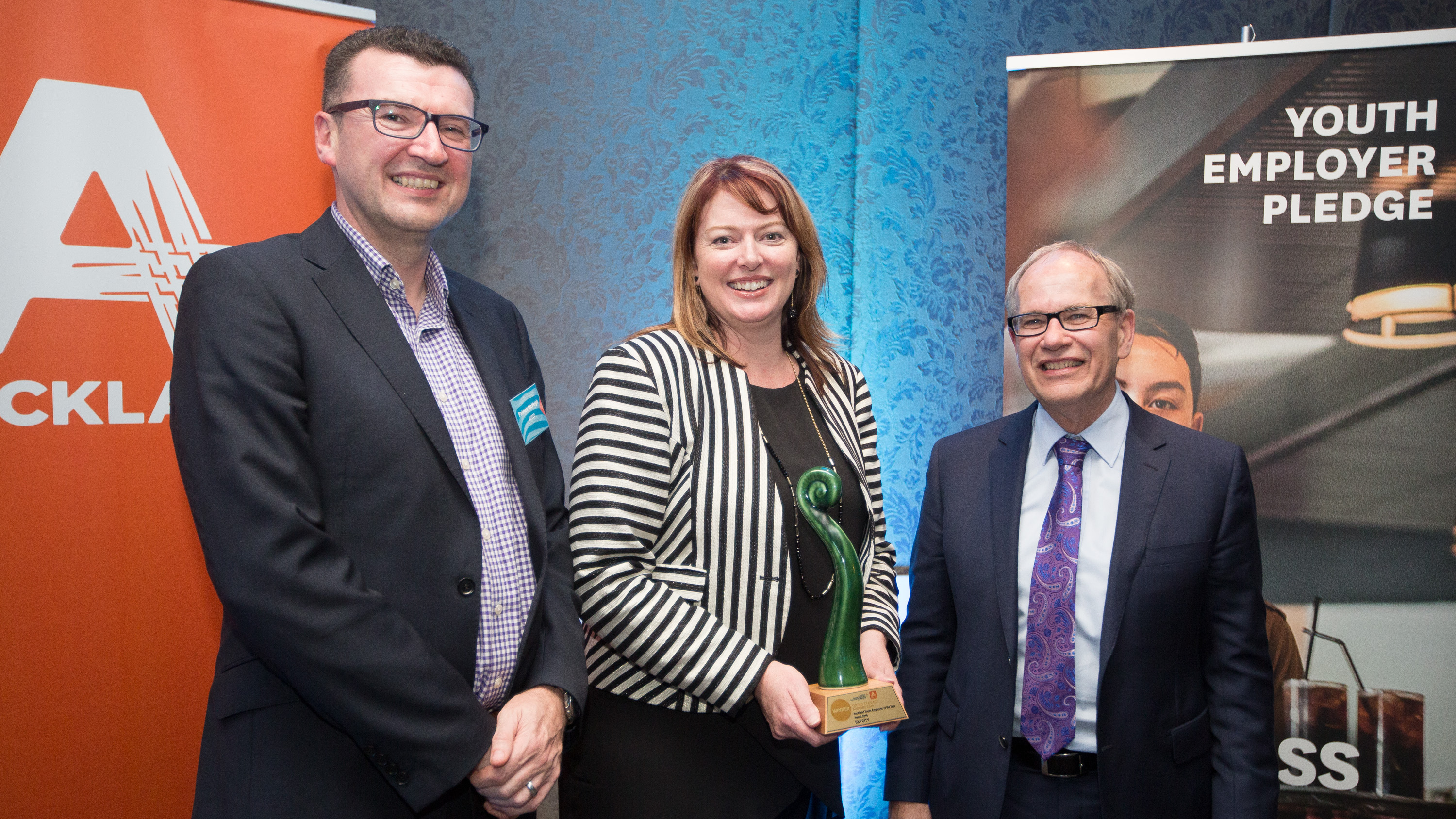 The Youth Employer Pledge programme is delivered by Auckland Tourism, Events and Economic Development (ATEED) as part of Auckland Council’s Youth Connections programme, and is designed to help Auckland’s 23,000 young jobseekers who are not in education, employment or training (NEET).

“We are making good progress in tackling Auckland’s unemployed youth rate with the number of unemployed young people almost halving in the first six years of a united Auckland.

“While the growth in our economy and other market factors are contributing, youth employment initiatives such as the pledge are having an impact on addressing the issue,” he says.

The figures, based on analysis of NEET rates and the Household Labour Force Survey, show youth unemployment rates have almost halved, from 21.1 percent to 12.4 percent since late 2010 when the Super City was established.

In 2015, SKYCITY Auckland was awarded the Innovative Youth Employer Award at the inaugural Young at Heart Awards, recognising SKYCITY’s The Journey programme.

The Journey, now in its third year, sees SKYCITY work alongside the Ministry of Social Development, Youth Services West and the BEST training academy to give unemployed youth an opportunity to join the hospitality industry.  The Journey provides insight into the industry, training in SKYCITY’s restaurants, and ultimately a job offer at a SKYCITY outlet.