Top poker players from New Zealand, Asia and Australia will be looking to bet, raise and bluff their way to be named SKYCITY Festival of Poker champion later this month.

As one of New Zealand’s largest poker tournaments, the SKYCITY Festival of Poker looks to draw more than 200 players, offers ten side events ranging from $50 to $1100 buy in, and culminates in a main event with an estimated total prize pool of $310,000*.

The nine-day tournament begins on Saturday 19 November with the main event held from 24-27 November.

SKYCITY Auckland Table Games Manager, Radha Vellanki, says she is looking forward to hosting players from across Australasia at the highly-anticipated tournament.

“The SKYCITY Festival of Poker always delivers an exciting showcase of some of the best New Zealand poker being played and the atmosphere is electric at the main event. Five of the last seven main event winners have been Kiwi players, so we encourage great local players to register to compete,” says Ms Vellanki. 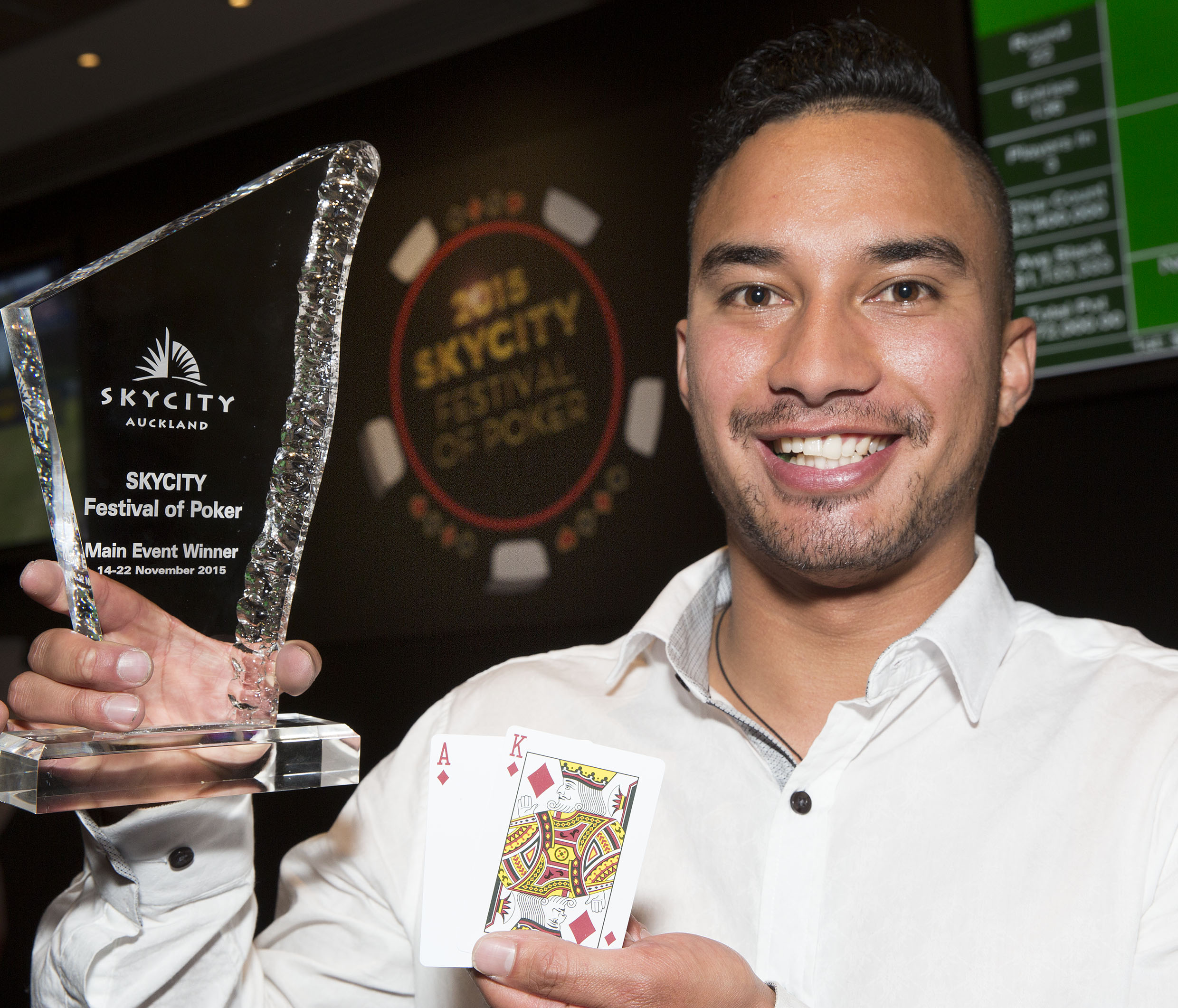 Over the past seven years, the main event has seen five Kiwi winners take home winnings ranging from $55,000 to more than $250,000.

Set at SKYCITY’s new dedicated Poker Room, the festival has a diverse tournament offering including several exciting cash game options for all types of players.

“Players will have everything they need close at hand as well as accommodation and a range of bars and restaurants within the SKYCITY Auckland precinct,” says Ms Vellanki.

Interested players are encouraged to register online or in the SKYCITY Auckland Poker Room to secure their place in the tournament.

The 2016 SKYCITY Festival of Poker has an action-packed schedule of tournaments for this year, including:

Full tournament schedule, registration details and full terms and conditions for the 2016 SKYCITY Festival of Poker can be viewed at:

Online registration is available for all tournaments.