Members of Auckland’s LGBTTI+ community let off large rainbow confetti cannons at Victoria Park last night, in turn setting off the rainbow lights of the Sky Tower for the final week of Auckland’s Pride Festival.

At the helm of the cannons was celebrity ‘Androgynous Queen’ Kris Fox, joined by five SKYCITY Auckland staff, all supported by family, friends and members of Auckland’s Rainbow community.

Claire Walker, SKYCITY Group General Manager, Human Resources was amongst the select group who set off the cannons:  “It is very special to have such a passionate group of SKYCITY staff proudly stand up to light our Sky Tower for their peers. To us, it represents our commitment to love, diversity and equality, and ensuring everyone at SKYCITY, staff or customer, feels safe, supported, and empowered to be themselves,” she says.

SKYCITY was one of the first organisations in New Zealand to become Rainbow Tick accredited three years ago.

“The Sky Tower has become one of the key symbols of this city, and doing this sends out a very powerful signal about SKYCITY as an organisation and this city as a whole,” he says.

SKYCITY gaming machine’s attendant Joshua McNally, who was involved in the event, describes himself as an out and proud trans man who has spent the past three years transitioning; socially, medically and legally. This February he celebrates the final step, legally changing his name to live more authentically as himself.

“It is an honour to help light the Sky Tower for Pride and to celebrate and acknowledge the unconditional support I have received from my colleagues at SKYCITY. SKYCITY has been a big part of my life and without the support that I have had over the last five years I don't think I would be the man that I am today,” he says. 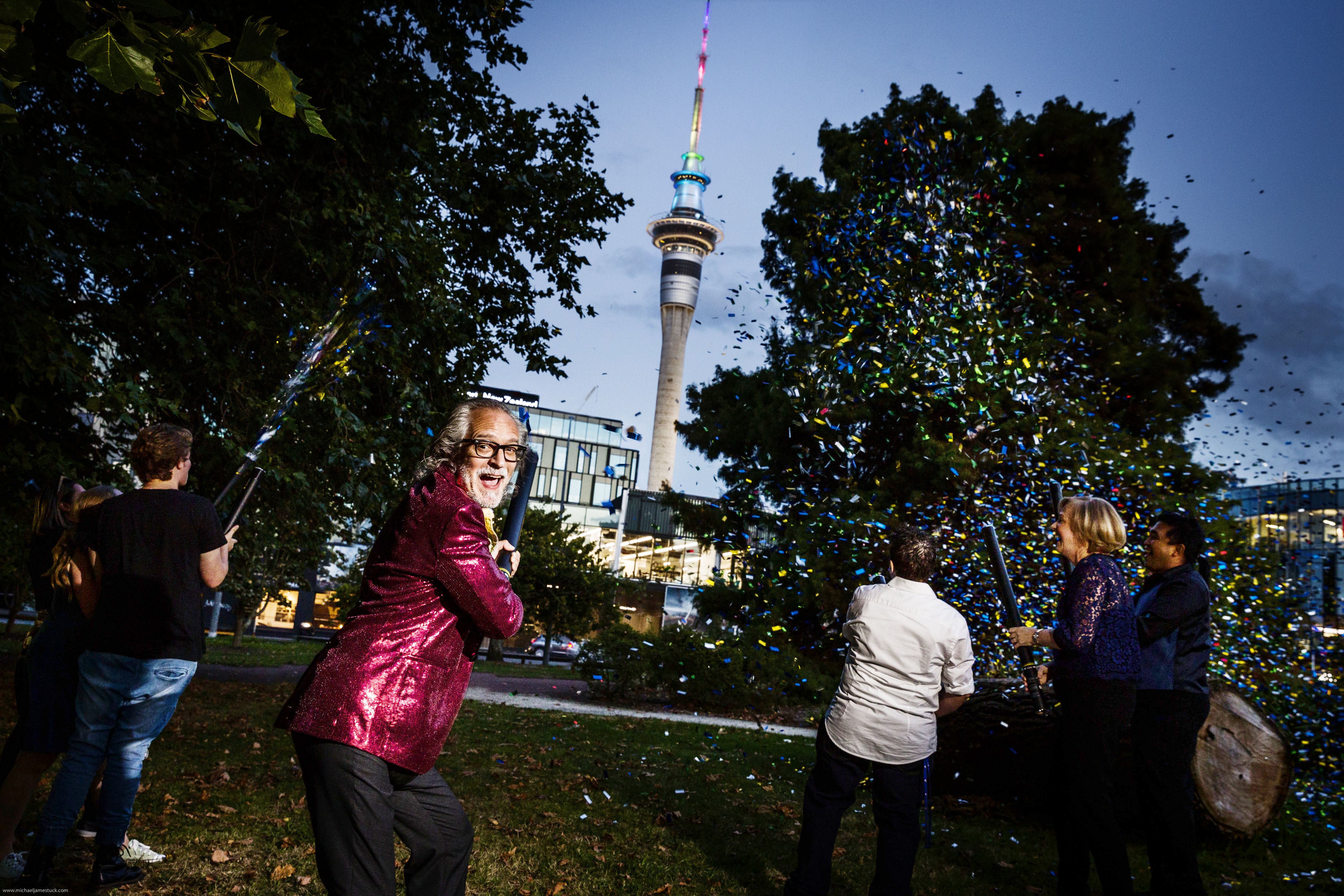 Standing tall for love, diversity and equality, the top of the Sky Tower has been lit in dynamic rainbow colours from 21 – 26 February in support of Auckland Pride Festival and in celebration of Auckland’s vibrant Rainbow community.