New Zealand’s defence personnel and emergency response services will go head to head in an inaugural challenge that will reach the Sky Tower’s highest point to raise funds for the Auckland RSA’s Annual Poppy Appeal.

"This will be the ultimate challenge with the bravery, dedication and grit of our military and civilian organisations put to the test," Matt Ballesty, SKYCITY Auckland Acting General Manager

The challenge will raise funds for the Auckland RSA’s annual Poppy Day Appeal to continue the RSA’s support of New Zealand veterans, their families and dependents. As well as fundraising, the teams will be competing for the inaugural Tower De Force title and the honour of lighting the Sky Tower with the Poppy emblem later that night.

Matt Ballesty, SKYCITY Auckland Acting General Manager says SKYCITY is excited to be adding a unique and challenging event to its Poppy Partnership with the Auckland RSA.

“SKYCITY has been a proud supporter of the Auckland RSA for more than four years now. This will be the ultimate challenge with the bravery, dedication and grit of our military and civilian organisations put to the test,” says Matt Ballesty, SKYCITY Auckland Acting General Manager.

Auckland RSA President Graham Gibson says Auckland RSA is delighted that this new event will showcase the spirit of comradeship in the heart of Auckland and is a continuation of the successful Poppy Partnership with SKYCITY Auckland.

“We thank SKYCITY Auckland and all the Teams taking part for supporting the Auckland RSA Poppy Appeal and we’re pretty sure that the experience of the NZDF Veterans Team will come out on top,” says Graham Gibson, Auckland RSA President.

The Tower De Force course has been developed by SKYCITY in conjunction with NZDF Physical Training Instructors and will test skill, agility, teamwork, stamina and brute strength.

Friends, family and the public are invited to come and watch the challenge at SKYCITY Auckland and donate to the Auckland RSA on behalf of the teams taking part at https://www.skycityauckland.co.nz/towerdeforce/ 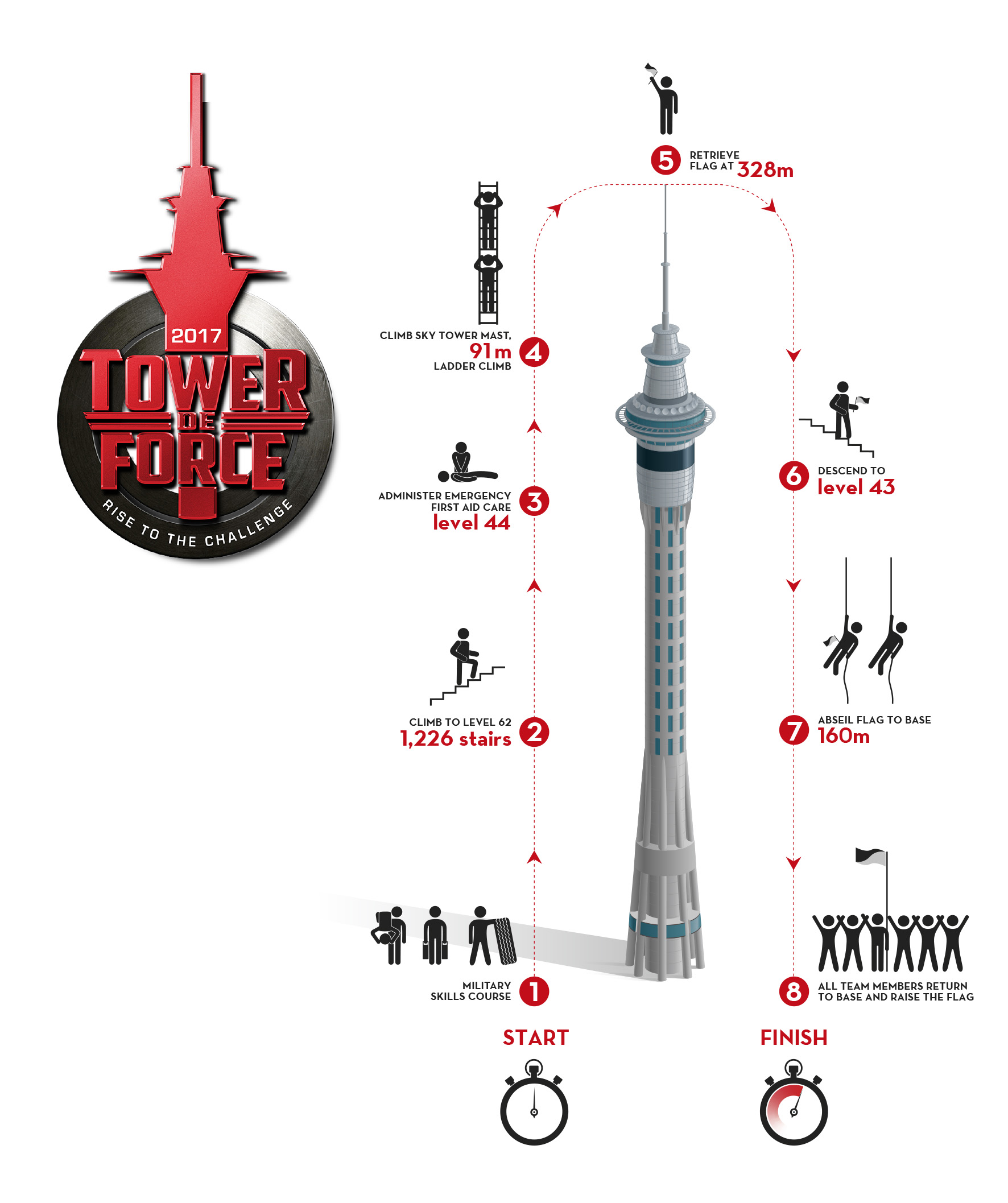